How Personality is Being Conflated With Gender Identity

Reassessing the understanding of gender identity

Conversations on gender, sex and sexual orientation are hot button issues in the current socio-political environment in most of the developed world, causing a vicious rift between those who desire to retain the traditional meanings and definitions of these terms and those who aim to upend human history, biology and convention.

There is an attempt by the latter to co-opt language, but not in a way that is natural or organic, but in a forced and contrived manner—a trend that has caught steam, leaping off in celestial bounds and threatening to consume most developed societies by adding layers of complexity to the basic and observable differences between the sexes/genders that have been known and recognized for the most of human history.

There are upwards of 60 separate genders or gender identities including, agender, aliagender, androgyne, dyadic, femme, maverique, bigender, trigender, pangender, polygender—that are currently recognized—and this list is by no means exhaustive. Looking at a short description of some of these ‘genders’ a lot of them seemed made up, for example, Neutrois is defined as “a non-binary identity an umbrella term used to describe people who have a gender that isn’t exclusively man or woman.”

What does this even mean? The fact that there is no longer an agreement on any objective definition of what a man or a woman is, just adds to the confusion.

If the expressions of these gender identities are distinct enough and they occur in a critical mass in the general population to warrant separate categorizations—that is to say if each of these gender identities has features and characteristics that tell them apart while having enough people in the population who display these traits or characteristics—then they deserve their existence and classification as such.

However, these categorizations run into problems when terms like man and woman are thrown into the gender mix, because, the very essence of the words man and woman convey a binary that undermines the fundamental claims that gender identity is not binary if the 60 plus genders are anything to go by.

Are the number of gender identities finite or are they infinite? The default position until quite recently was that there are two genders with a possible third category for those who for some reason do not fit broadly into either category, but from the prevailing left, liberal progressive narrative, the natural progression of logic is to conclude that they are an infinite number of genders because new genders keep emerging at an incredible pace that’s difficult to keep up with, even by ‘gender activists’ themselves.

At what point would the unveiling of these genders end? There is no logical end in sight for the discovery and legitimacy of more genders given the prevailing indulging narrative and attitude.

When some people say their gender changes and vary within their lifetime or any given period, it’s just the same way a person’s personality can vary within a day and across their lifetime depending on the prevailing situation. In that regard, gender identity would do better as a matter of categorization to be classified under personality types rather than gender.

We do know that these traits are not distributed in a regimented fashion between the sexes, meaning that not all biological males would fall neatly within the masculine half for any particular trait or aggregate of traits and not all biological females would fall neatly within the feminine half, it is expected and observed that there would not only be crossovers but also exceptions where some males fall within what would typically be in the feminine spectrum of the scale and vice verse.

However, I feel confident that our ancestors were right in referring to certain biological sex as masculine and the other as feminine, because despite the overlap, there is a statistically significant skewing of the distribution of these feminine and masculine traits along biological sex lines.

For example, if one were to line up 100 men and 100 women and try to guess the sex of the twenty most violent of the two groups as a whole, one could reasonably predict which sex they would aggregate towards, and this would be true for any trait within the masculine and feminine realm.

What this shows is that feminine and masculine traits exist in humans to varying degrees by trait and by the individual. This is the essence of personality. People’s personalities are informed amongst other factors by their biological make-up, and even though these traits are elastic and can be moulded in one way or the other by social conditioning, the elasticity is not infinite, it has its natural limits.

When people say they do not feel inside the same way people with their sexual organs are usually perceived externally, that’s fine. They can choose to present themselves whatever way they want to, because, behaviour is not cast in stone, nor are these traits exclusive to one sex over the other. Whatever way people chose to express themselves does not and should not change the fact of their sex/gender.

While I do not deny that people’s claims to their particular ‘gender identities’ are legitimate, I think it is illegitimate to use gender terms like man and woman for such classifications or to accommodate such identities under the umbrella term of gender because this contention is nothing other than the conflation of distinct legitimate personalities for gender identity. 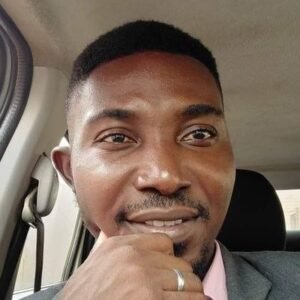