No, Not All Whites Are Racists

Things don’t have to be a zero-sum game.

Over the years, I’ve lost count of the number of times I’ve read or heard the claim that all white people are racists.

Sweeping statements about entire groups have never been a good idea. For centuries, it was widely assumed that different racial groups had distinct innate characteristics or deficiencies that determined their behaviour, actions, and outcomes. In fact, one of the most difficult challenges for black people was dispelling the widespread belief that members of their group inherently possessed less intelligence. The concept of biologically based differences in intellectual capacity between races, particularly between black and white people, was even one of the primary justifications for the establishment and perpetuation of the transatlantic slave trade in the 18th century. During the 19th and 20th centuries, many tests and experiments were done to “prove” that black people had lower IQs than white people. In 1839, American physician Samuel Morton, who believed in polygeny (the idea that different races arose independently), published Crania Americana, in which he primarily argued that racial differences in intelligence and brain size existed.

Racial determinists maintained their stance that black people’s disadvantages were caused by biological factors even after the slave trade was abolished. This was obviously not the case, as the appalling living conditions endured by many African-Americans at the time were the result of a flawed social system, not flawed genetics. During these eras, the notion that there were such natural and genetic differences between races led to discrimination, was used to justify restrictions on reproduction, and in numerous ways made black people feel like second-class citizens.

We have worked hard to distance ourselves from such ideas; blanket statements and broad generalisations about any group, especially when derogatory, are no longer generally acceptable. After the 9/11 attacks, Islamophobia grew, and many efforts were made to combat the idea that “all Muslims were terrorists.” Our society has come to recognise that extrapolating the behaviour of a few people to represent the normative behaviour or defining characteristic of the entire group is unreasonable. When the musical prodigy Ye (formerly known as Kanye West) generalised about an entire group based on his interactions with a small subset of that group, he sparked a media frenzy.

The same rationale needs to be applied when talking about racism. A statement such as “all white people are racist” ought to be held to the same standard of moral reprehensibility as sweeping generalisations like “all blacks are violent” or “all Muslims are terrorists.” Yet occasionally the opposite occurs, especially in the mainstream media or academic institutions. In some ways, making such declarations has become a near-symbolic representation of moral courage and virtue. By asserting that all white people are racist, you are supposedly protecting the oppressed and taking a valiant stand against institutional racism.

The widely held belief is that reverse racism does not exist, implying that people of colour, particularly black people, cannot be racist toward white people. As one historian from Rutgers University in New Jersey put it, “Racism is the exclusive property of white, mostly European people in this part of the world (the Western hemisphere).” This line of thinking increasingly rationalises the use of slurs against white people. A video that recently resurfaced on social media showed yet another professor from Rutgers University referring to white people as villains. There was once a Twitter space dedicated to calling for the genocide of white people. This was seen as trivial, inconsequential, and even amusing. I came across a short book called Black Jokes About White Folks a few years ago that was solely dedicated to making fun of white people and mocking their customs and stereotypical habits.

The refocus of the definition of racism to concentrate on systemic and structural power rather than actions, attitudes, behaviours, and ideas has meant that such things are seen as unproblematic or without negative consequences, which can mean that a white person being attacked, mocked, or discriminated against is excluded from meeting the criteria as a victim simply because of their skin colour – which is the epitome of racism.

The issue is that we should not simply change the rules to justify a wrong as we see fit. Simply because some members of marginalised groups believe they lack the “power” to perpetrate racism does not preclude them from doing so. Racism is not just immoral; it’s evil, and evil doesn’t need institutional support or systemic power to manifest itself.

What happens when you absolve yourself from the ability to do wrong? You do more of it as your conscience allows or provides an excuse for you to do so. No individual or group should be given the permanent status of victimhood, and none should be given the permanent status of being an oppressor or a perpetrator of evil. Neither should anyone be excused from being able to commit wrongdoing. History clearly demonstrates why, so we shouldn’t repeat past mistakes.

Things don’t have to be a zero-sum game; we can acknowledge that social inequalities persist and that discrimination occasionally rears its ugly head, without blaming all white people – implicitly or explicitly – for the problems that many groups face (problems that would not automatically disappear even if all racism were eradicated from society). 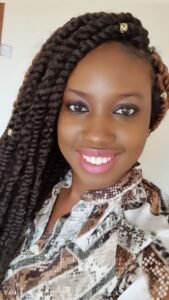 Challenge Yourself, Others And The World.

1 thought on “No, Not All Whites Are Racists”